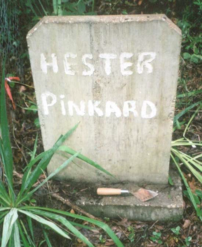 Every piece of land has a story to tell, if you're listening.

​The Villages of Piedmont at Leopold’s Preserve is a special place, rich in a cultural history spanning from the prehistoric period all the way up to modern day. Archeology and historic research have revealed unique information about the people who traversed, settled, lived and died here. While these people were similar to so many others who lived within Prince William County over time, evidence of their uniquely compelling stories and daily lives still mark the land.

American Indians traveled through The Villages of Piedmont at Leopold’s Preserve (hereafter referred to as The Villages) from as early as 10,500 years ago. Stone tools recovered from archeological sites on the property reflect how people adapted to their changing climate and resources. The discovery of one Early Woodland Period projectile point suggests that Indian peoples continued utilizing The Villages landscape until at least 2,500 years ago.

By 1731, Prince William County had been established. By 1724 Robert “King” Carter, a wealthy and prominent Virginian, obtained 90,000 acres in land grants across much of Virginia. The Villages was included in the over 12,000 acre Broad Run Tract, which was divided around 1743 among Carter’s heirs into 4,000-acre tracts.
Edward Carter, “King” Carter’s grandson, established his 4,000-acre Cloverland Farm before 1797—the year that the nearby settlement called Buckland was established. The Villages lay within Cloverland and Carter’s farm operations likely extended into it. Evidence of tenants’ and farm managers’ homes may still exist here. When Edward Carter died in a mill accident on his property in 1806, he owned several farms, over 80 slaves and thousands of dollars in assets. In 1817 his land was divided among his five children who had come of age.

Increased settlement in western Prince William County spurred residents to establish the towns of Buckland (1797) and Haymarket (1799). Mills, shops, taverns and other businesses served the Carters and other farmers in the area. New farms developed as large land tracts, such as Edward Carter’s, were subdivided.

Edward Carter’s son, John Hill Carter, inherited a 2,039-acre tract on which he established Falkland Farm by 1823. The vast majority of The Villages is contained within Falkland Farm. Like most large land owners in western Prince William County at that time, John Hill Carter owned enslaved people, grew wheat and raised sheep for their wool. Over time, Carter sold several sections of Falkland. The Manassas Gap Railroad Company took some of his land in 1851 for their planned track between Alexandria and Staunton. Carter and his neighbors likely profited from the increased demand for goods prior to the American Civil War.

Carter and other residents living where The Villages is now located endured almost constant difficulties throughout the Civil War. Federal and Confederate armies marched along the Haymarket Road past Carter’s farm, foraged, camped and fought near his home. Soldiers took crops, animals and food from nearby farms and nearly destroyed Haymarket.

Following the Civil War, the area experienced growth. Roads were constructed and the railroad continued to pass through The Villages. The nearby Village of Thoroughfare had been established in 1828, populated largely by free African Americans who worked at Chapman’s Mill. After the Civil War, newly freed African-Americans settled in the area, forming new communities with schools, churches and cemeteries.

By 1900, area farmers were cultivating corn, oats, wheat and hay. Some operated dairy or poultry farms. African-American families such as the Browns, the Brents, the Barbours, the Pinkards and the Berrys, and white families including the Paynes, the Gills and the Griffiths lived side-by-side in The Villages. All were primarily engaged in agricultural activities. As the population increased along the Route 15 and Route 55 corridors in the Haymarket area, farmers sold their property. New residential communities including The Villages emerged, bringing new communities and activities to this historic area.

This Is Our Story. 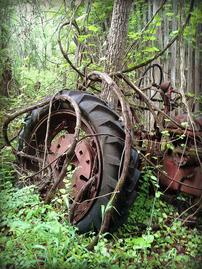 Remants of an old farm tractor recovered at the Villages 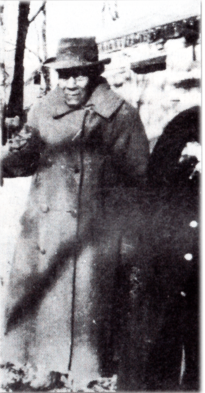 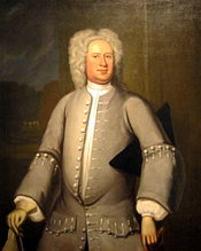 THE NATURAL WAY TO LIVE.

THE NATURAL WAY TO LIVE.